HomeCommunityCommunity Spirit in the Wake of Fires
Community 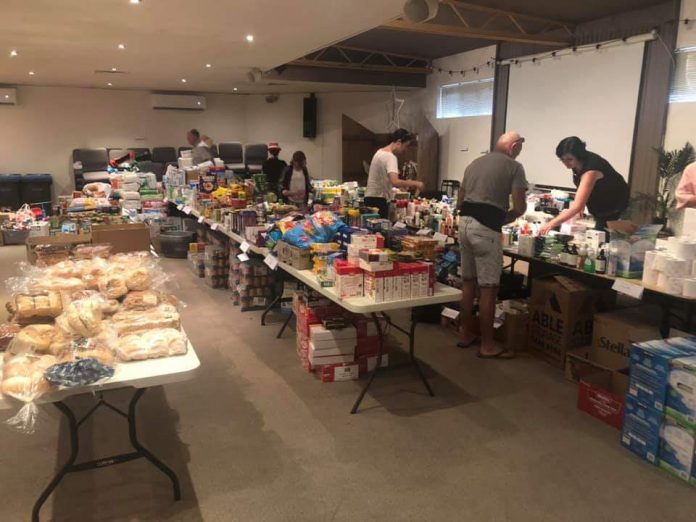 The fires that broke out last Friday have been disastrous, with residents in affected areas having to evacuate their homes as the flames couldn’t be stopped. In tragic times like these, the good in people’s hearts can shine as shown by the actions of many who are trying to offer any help they can to those affected.

The Wallis Cinemas in Mount Barker cancelled all sessions in one of their cinema rooms for anyone seeking shelter from the extreme heat, welcoming families and pets to stay cool and hydrated at no expense.

The Quarter Mile Cafe, also located in Mount Barker, chose to support those fighting the fires by offering free lunch and drinks to them.

Fellow humans weren’t the only thing on people’s minds, as others chose to offer assistance with transporting animals around during the day. Victory Horse Transport AUS were working hard on the day to make sure horses were moved to safety away from the fires, with other residents also offering help in the comments section too. LK Horseman also offered assistance throughout the day of the fire and the weekend to transport horses, livestock and feed.The Murray Bridge Racing Club and the Murray Bridge Riding Club both made their facilities available to house horses that needed to be evacuated, as well as the Murray Bridge Showgrounds.

Outside of Murray Bridge, Kayleigh offered up her 49 acres of land for animals needing somewhere safe to go in Jervois. The Strathalbyn Harness Racing Club also opened their grounds for people needing to evacuate their animals, with over 80 stalls in their horse barn along with plenty of outdoor space. They also provided those in need with amenities like running water, toilets, electricity and unlimited parking. 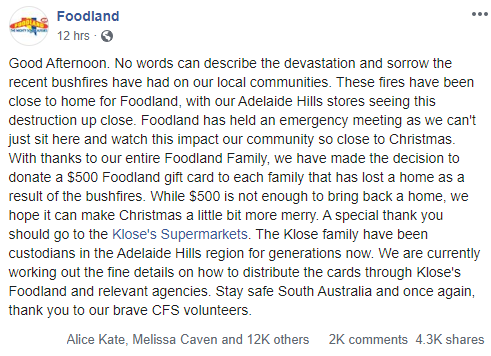 Foodland expressed their sadness and empathy regarding the destruction of the Adelaide Hills due to the fires, Although they are currently working out the details, they have extended their kindness by donating $500 Foodland gift card to each family who were unfortunate enough to lose their homes.

Whilst fire-affected families will be coming into Christmas having lost everything – they’ve found a community there to support them.