HomeCommunityHit or Miss? I guess this Ad did miss huh?
CommunityOpinion 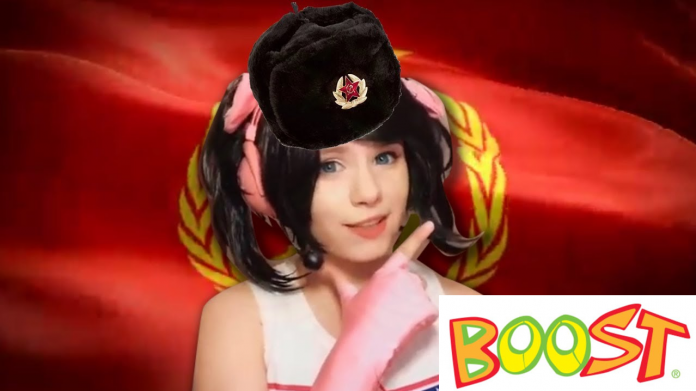 In a bizarre move, Mt Barker Boost Juice in a recent job advertisement has put a requirement for applicants to provide a TikTok video with their application. 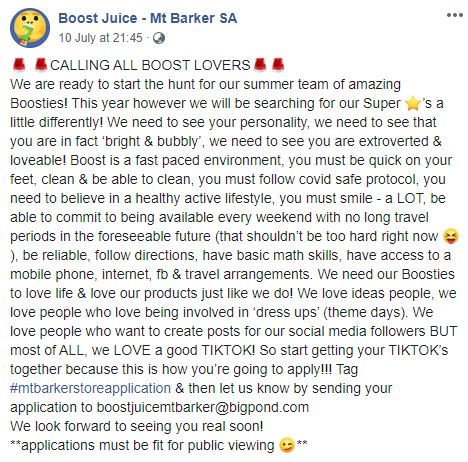 TikTok for those who aren’t aware is a Chinese owned video sharing service which has recently come under scrutiny by various governments, tech experts and even military organisations who have claimed the app has been shown to be mining the data of its users.

Whilst many claim that a large amount of apps use the data of their users, the case with Tiktok is particularly concerning with it recording its users biometric information (which is increasingly being used for data security and tipped to be the future of passwords in banking and serices) and more importantly – the incredibly close relationship between TikTok and the Chinese communist government (CCP). The CCP has been shown to repeatedly breach privacy of both its own citizens but those abroad through various mechanisms including Chinese companies such as Huawei, which has lead to many of their products and services being banned for the public and government organisations including the Australian Defence Force due to concerns about effective data tapping by a foreign power.

So whilst this all unfolds and the Australian government considers whether to ban access to this problematic app – we have the unfortunate case of young Australians now potentially having to participate in its use to attempt employment. The reported staff member from Boost Juice in a post in Adelaide Hills Chat Facebook Group who wrote the advertisement is sticking to their guns saying they will stand by the advert unless its proven to be a “chinese spy”.

If it were a friend or family member looking at job application which included using something like TikTok – I’d personally tell them to give it a miss.